Blockchain Art and NFTs: Spreading the Wings of Encounter 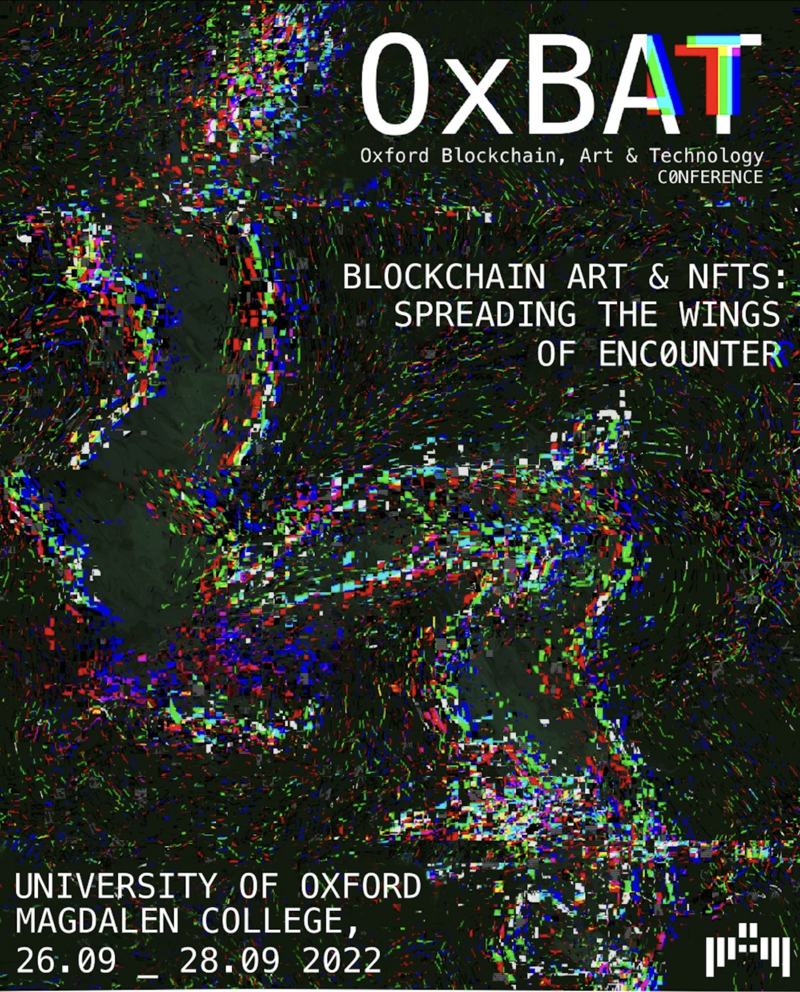 The inaugural Oxford Blockchain, Art & Technology (OxBAT) conference will be held on 26–28 September, 2022 at the University of Oxford. As the first multi-disciplinary conference on the aesthetic, social, and anthropological perspectives on blockchain art in Oxford, it will bring together social scientists, art historians, artists, curators, blockchain developers, and others in an open forum. The focus will be on encouraging interaction and networking between those interested in studying or working in this space.

NFTs represent the democratic ideals of blockchain technology and its introduction of a system based on decentralised power while the blockchain itself offers an additional novel medium for blockchain-native art. However, the recent explosion of NFTs has led to much controversy in public, ranging from admiration to astonishment and condemnation, and the intensity of the industry’s commercial success has eclipsed its aesthetic, creative and social potential. We look to fill the gap in the discussion, focusing attention on the artistic merits of NFTs. Exploring the space beyond the partially superficial economic boom, we thus expand the conversation around blockchain art to include aesthetic, social, and anthropological perspectives—a holistic and overdue approach for grasping the comprehensive potential of NFTs and blockchain as a new artistic medium.

We expect the OxBAT conference to be a melting pot for ideas, discussions and innovation, influencing how the NFT space as blockchain art is perceived today and creating the foundation for its future development. We look forward to welcoming you to The OxBAT Cave, illuminated by the ideas of creatives, academics and entrepreneurs alike.